Ceolaras Coleman is now the Regional Resource Centre for Counties Sligo, Mayo, Roscommon, Leitrim and Fermanagh as part of the Comhaltas Ceoltóirí Eireann Programme for the Development of the Traditional Arts. It is also the location of the Michael Coleman Heritage Company Limited.

The Company was registered in 1993 with sixteen directors drawn from the local community, Sligo County Council and local businesses with a mission statement to preserve, promote and develop the south Sligo style of traditional music and generate socio-economic activity in the local area. After six years of determination and hard work fundraising and making various grant applications, the Centre was finally built in 1999 with grant aid from Peace & Reconciliation, INTERREG, International Fund for Ireland, and Sligo Leader Partnership. Generous donations were also received from Sligo County Council, Green Isle, the Kennedy Charitable Trust with the site being donated by the local farmers Co-op, and N.C.F. The company also received a host of smaller grants and donations from organisations and individuals to complete the fundraising.

The following years witnessed the development of music classes in all instruments and specialist weekend workshops drawing students from a local, national and international base of traditional music lovers. One of the major successes was the development of one day seminars based on the traditional music question in the Leaving/Junior Cert Programme. This attracts schools from all over Ireland.

The collection of archival material is ongoing since 1994 and a very extensive collection of music, folklore, songs, videos, photographs has been compiled. At the present time these are being digitised and will be available in the archive section of this website when completed. This collection of music led to the development of the Coleman Record Label. Ten CDs have been produced to date, two music books, a song book, and a book of folklore. These are all available in the Coleman Music Shop. and in the very near future will be available to download as MP3s.

The resident group ‘Ceoltóirí Coleman’ perform regularly in the Centre’s theatre. This group has toured America, Scandinavia and Britain. The theatre also hosts concerts from top traditional groups and individuals throughout the year.

Over the years the company has had the benefit of FAS schemes on a continuous basis and in recent years has had a number of employees under the Rural Social Scheme. 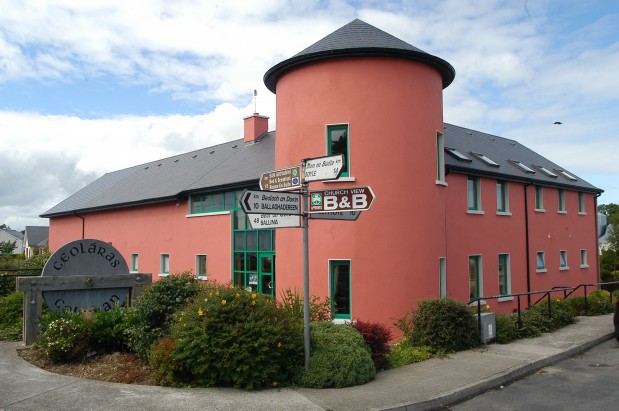 Check out Live Sound Recordings in the Comhaltas Archive